for as long as i can recall, i have been incredibly civically engaged. coming from a line of East African political organizers on both sides of my family, i've often felt empowered to create change whenever met with injustice. i organize on both the local and national level—tackling school board meetings to oppressive state legislators. read on to learn about a few of my recent triumphs, failures, and reflections.

Critical Race Theory is a sociopolitical framework through which we can dissect the systems that have been used to uphold the social construction that is race; moreover, it really isn't taught below the University level. Yet, somehow, it has become the GOP's boogeyman for the upcoming 2022 midterm election cycle, distracting from their handling of COVID and climate-crisis-induced infrastructural pitfalls (I'm looking at you, Greg Abbott). Some of the most pivotal books of my young life are being banned, from Maus to Beloved, both of which detail painful truths of a hyper-racialized world—which we must come to terms with to overcome. Teachers—who are already under-appreciated, over-worked, and under-paid—are under attack on an institutional level and, as a public school graduate, I wanted to do everything in my power to defend them against the panopticon these legislators are holding them under.
In response to newly-elected-governor Glenn Youngkin's tip-line, I launched a national campaign to nullify it using a script I programmed that allowed users to more easily send spam-evading, bogus emails. The campaign was successful in the sense that so many emails were sent that the email has been rendered unusable, though the war against educators has truly just begun. At most, this was a setback for Youngkin & Friends, but I now know that whenever faced with a similar scenario, my supporters will be quick to use, share, and unequivocally stand against injustice.

Thousands of schools nationwide still have Native mascots, one of which being Hart High School here in my home school district. The local Ferandeño Tataviam tribe repeatedly asked our school board to eliminate this racist monicker, to no avail; with the racial reckoning in 2020, fellow students and I took the opportunity to take action for our Native neighbors by demanding the school board remove the mascot via mass, randomized emails on a site I coded. Only a week or two after launching the website, we were informed that the school board would begin taking action. As expected though, it took much longer than promised and did not center Native voices, but rather the polled a majority white student body on their thoughts on the mascot. A few months later, they would bring it to a vote. Within those months, I began working with a Diné activist (Lily Joy Winder) on her movement, #PeopleNotMascots to scale our frustration to state legislators nationwide. Regardless of the school board's often-conservative votes, we would be eliminating these mascots by way of statewide legislation.
We set our launch date for the morning after my school board meeting in which they voted on the fate of the Hart "Indian". To ensure Santa Clarita's youth were properly heard, I spread the word at the makerspace I work part-time at and on social media—as did other SCV activists. The turn-out was roughly 50/50 and was a moderately traumatic experience. Counter-protestors yelled white-power, stole a mask from a friend of mine...and one pet my hair. Even so, it was one of the most fruitful experiences of my life. In the same town that voted to symbolically reverse SB 54 to declare Santa Clarita a non-sanctuary city for undocumented immigrants, we were successful in convincing the school board to remove the Native mascot. Even so—with only 3 states having outlawed these mascots—we have a very, very long way to go.

As seen in Teen Vogue and local papers. 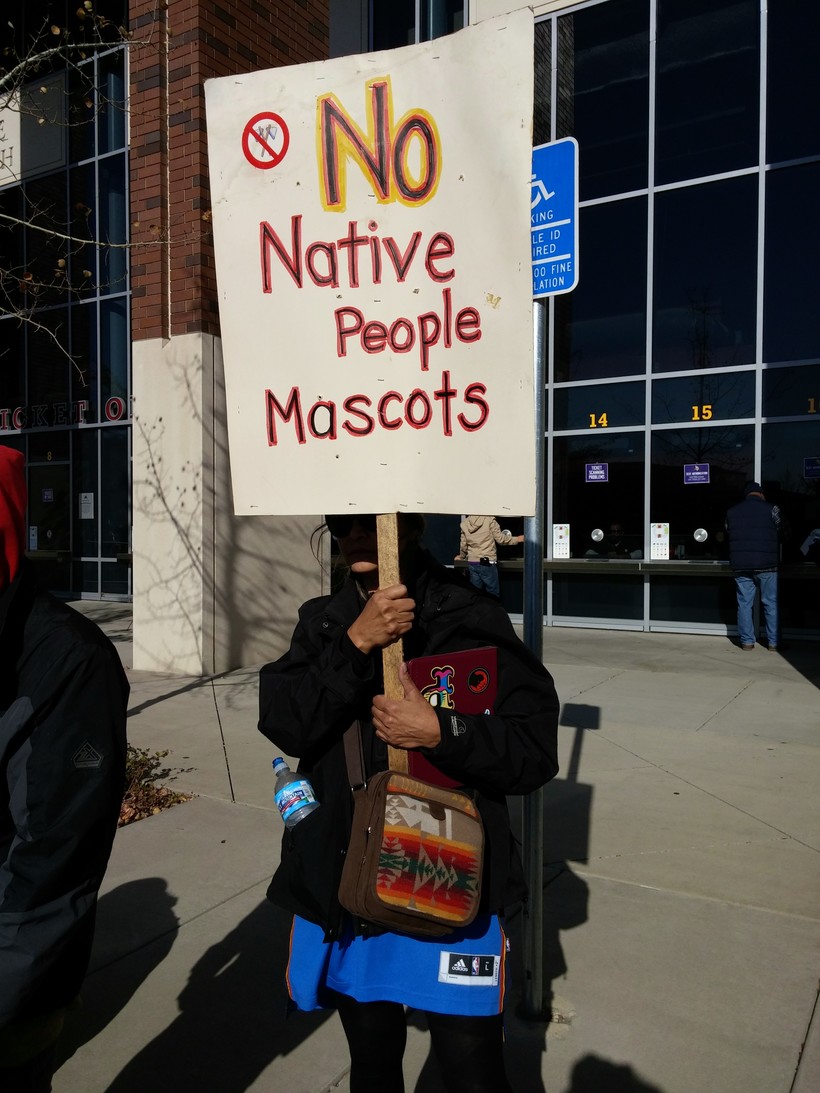 On November 14th in 2019, there was a shooting at my sister's high school. I don't think any words can truly encapsulate how horrifying that experience was, so I won't try to recount it.
A few months after the shooting, the families of fallen children and several other affected families—my own included—pleaded for City Council to memorialize Gracie Muehlberger and Dominic Blackwell at the entrance of Central Park. While we were met by a good amount of expected conservative backlash, our City Council approved the motion, however this was only the first roadblock. See, our Central Park is governed by both City Council and our Water Board. Following the initial approval, the director of the Water Board penned an 11-page memorandum against the memorial, despite the park being the student-parent reunification point the day of the shooting and it being the site of the subsequent vigil: the largest gathering the park has ever seen. Thanks to my parents, I've always been aware of my rights, one of which being public comments. However, I'd argue that a plurality of residents are unaware of this right, so to make all Saugus voices were heard, I created a site to automate the delivery of custom public comments. I only finished coding it minutes before the submission cut-off but—by the will of whatever deity you choose—56 out of the 63 public comments were generate by community members near and far using the site. Some students I had taught to code in years I will admit, I cried after I learned that a few months ago. While this was one of my smallest scale initiatives, it hits the closest to home; it showed that our voices matter. That together, our power cannot be understated.

As seen in local papers, and public record.